De’Kendrea Stamps is the Assistant Director at the East Madison Community Center where she manages adult programming, operations, marketing/outreach, and fundraising event activities.

De’Kendrea has over twenty years of experience in the government and nonprofit sectors and has worked for various organizations including the YWCA-Madison, Department of Public Instruction, and the Madison Metropolitan School District.

De’Kendrea works diligently in the community as a volunteer. Currently, she serves as the Assistant Financial Secretary and a member of the Economic Development committee for the Madison Alumnae Chapter of Delta Sigma Theta Sorority, Inc. She has also been recognized by the United Way of Dane County with the 2016 Community Volunteer Award for Outstanding Leadership for her leadership roles on various nonprofit boards and city government committees. In addition, De’Kendrea was nominated for the 2018 Young ATHENA Award.

Get to know De’Kendrea better

How did you come to work at your current organization?

After volunteering as a member of the board of director for over 8 years I decided to join the staff. My primary charge when taking on this role was to shine a light on the tremendous work the East Madison Community Center does to assist those living in Madison’s far east side neighborhoods.

Why is the work that you do important to the Madison community? Why is it important for you?

One of the primary reasons the work I do at the East Madison Community Center is so important is because we provide a sense of family, support, and community that can be hard to find in the Madison area. Many of our families didn’t grow up in Madison, so some of those traditional communal bonds aren’t established. Many of the EMCC’s clients call the space their “home away from home.” We serve an essential role in creating and sustaining community, for those that need us most. Those connections are important when thinking about positive health, academic, social, and employment outcomes for families. We strive to be holistic in our approach, knowing that our families are facing multifaceted obstacles to stability.

What is your vision for Madison?

I would like to see Madison become a place where everyone thrives. There are serious dichotomies in our communities that shouldn’t exist. There are wealth, educational achievement, opportunity, and experience gaps that manifest themselves as tremendously different lived experiences for whites versus people of color. Although aspirational, I would like to see Madison actually be the place it purports.

When you look back over your whole life – What experiences have shaped you as a woman? and Why?

There are two particular experiences that have shaped my life more than anything else. They include growing up in rural Mississippi and becoming a mother at a young age. Many times people believe that all people of color grew up in the heart of the intercity, however, my experience is quite different. The community center I work at serves more people than the population of the town I’m from. There are many misconceptions associated with growing up in “the country”, but I wouldn’t trade my experience for anything. Likewise, being a young mother completing undergrad and then going on to graduate school was challenging, but worth it. Worth it because I can show my child various points of view and open up her world to a variety of experiences. The woman I am today values those experiences whereas, in the past, I may have felt a sense of shame for not fitting in. Now, I recognize that there is value in each and every one of my experiences. They are what make me the woman I am today.

What are some of your practices of resilience? Who did you learn this from and how are these helpful in times of challenge?

There is a quote by Crystal Valentine and Aaliyah Jihad that I often reference during trying times. It was actually given to me by my daughter. It states, “To be Black and Woman and Alive is to be Resilient. My very Existence is Defiance.” I rely on this and other quotes, affirmations, scriptures, and/or songs to get me through the times when I have almost convinced myself that I cannot perform a particular task. I think about my family and those that endured severe circumstances to ensure their survival, yet they persevered. I remember that I am Cour8geous no matter the circumstance and I work even harder to pursue what is in front of me. These lessons were ingrained in me throughout my maturation and sustained by a close connection to the history and culture of my people.

What are some of the things you enjoy the most in life? What keeps you inspired, re-charged and brings you joy?

I enjoy nature, traveling, and being with family/friends. My favorite places in Madison are the Arboretum, Olbrich Botanical Gardens, and any of the lakes. Those spaces re-energize, restore, and bring about balance. When traveling I enjoy learning about the history and culture of the areas I visit. However, nothing inspires me more than my family and friends. They embody resilience, intelligence, ingenuity, humor, and compassion. The joy I experience when around those I love is immeasurable.

When you think of your life journey unfolding, Who do you see yourself becoming?

The dreams I have for myself are so big they literally scare me. I know that may sound cliché, but it’s 100% true. I am currently pursuing my MBA through the University of Wisconsin’s Executive MBA program and the potentiality for me to affect positive change is exponential. Bringing strategic thought, business acumen, and a sense of purpose to my work excites me to no end. I am the type of person that thrives on achievement. Not in a boastful way, but rather in a, “Wow, I never thought that I could do that!” way.

Please list any recognition, awards or other similar that you might have received from college all the way to today.

I was able to dig up a listing I kept while in high school and college. However, I stopped keeping a running listing once I completed undergrad. I have been a consistent achiever throughout my life. Most recently I was honored to be nominated for the 2018 Young ATHENA Award from The Business Forum and received the 2016 United Way of Dane County’s Community Volunteer Award for Outstanding Leadership.

You can add a video

You can add random text here and select the custom format to add a light background color. You can also add a image with a caption like below.

example of a sidebar feature

You can add some text here. The image is set as a background so it will expand with more text. 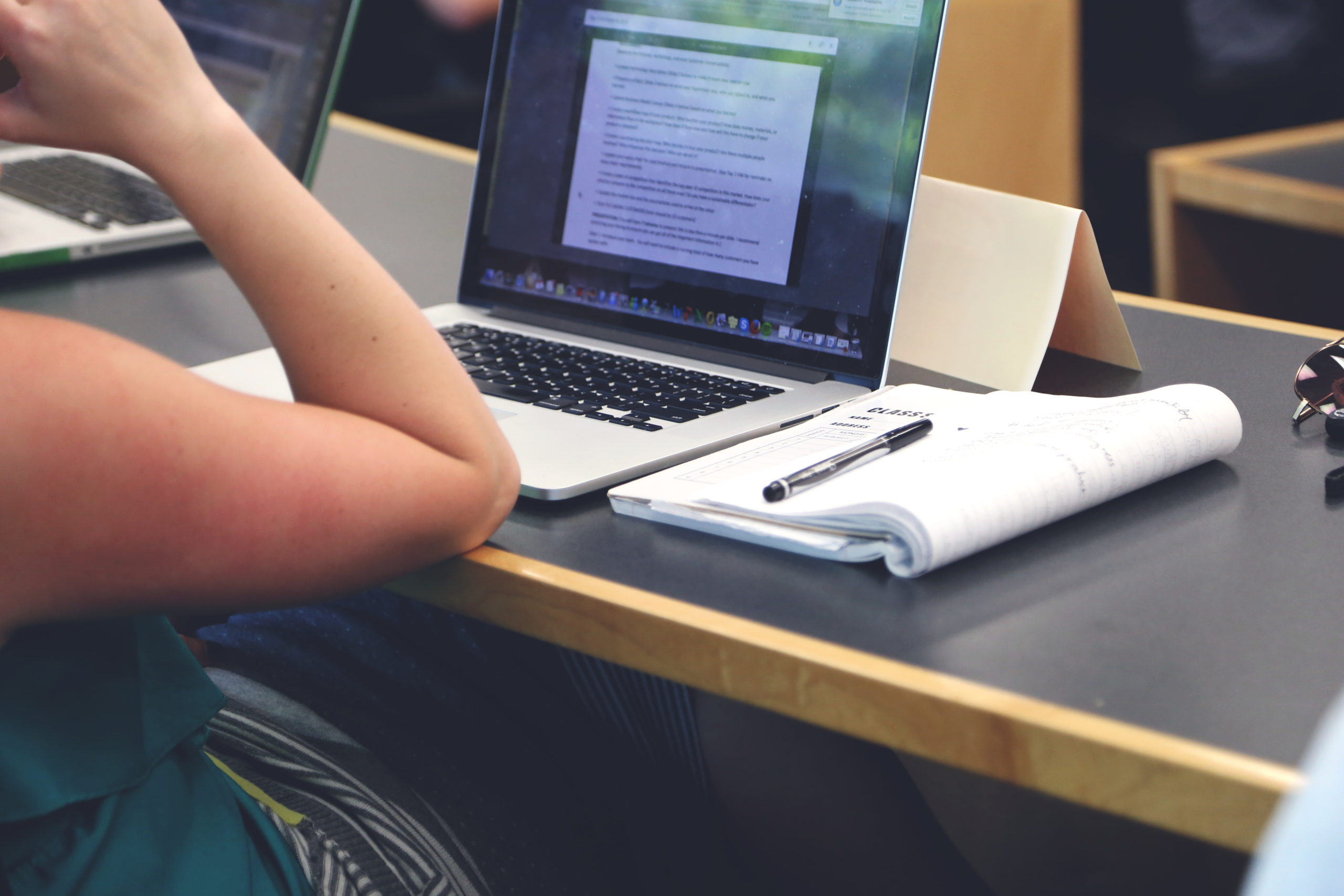 CIRCLE: The Collective We Our Emerging Need to See Our Shared Humanity. Time: 12 PM – 12:45 PM (Optional “virtual hangout time” at 11:30 AM, and after the event) Location: On Our Virtual Hopin Platform Join… Continue Reading Amplify Academy – De’Kendrea Stamps 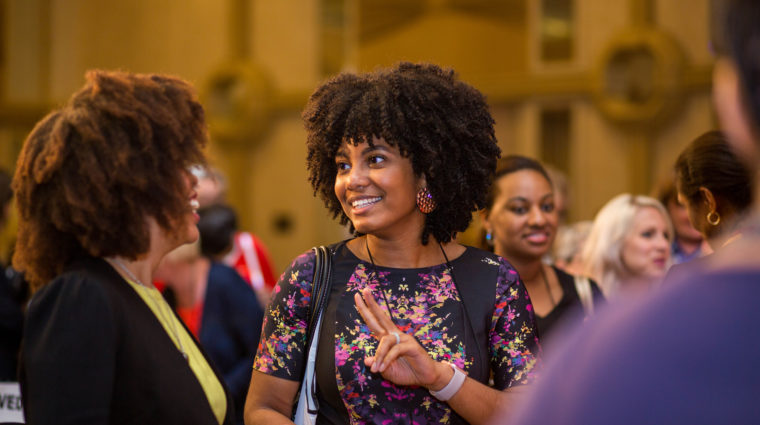 Amplify Madison, will build skills, voice, and visibility for women in the nonprofit community, with an emphasis on increasing opportunities for women of color.