In the 2020 reality of COVID-19, as well as the immense shift in the national conversation around racism and the need for systemic change following the uprisings in defense of Black Life, we intend to build on the experiences of prior Summits to offer a virtual gathering place for even deeper learning, vision casting, and movement. Inviting you on a journey of reflection, learning, and community building for action. 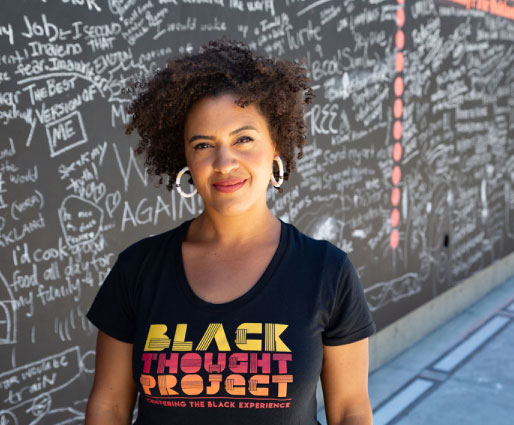 Alicia M. Walters facilitates transformation through her writing, art, coaching and organizational consulting practice. She is the Creator of the Black Thought Project which transforms public spaces into sanctuaries for the expression of Black thought. The project’s interactive community installations are social experiments exploring what society would be like if we protected, witnessed and honored Blackness. The project is unearthing new narratives that center Blackness, put us into right-relationship with each other, and reimagine society in a way that honors everyone’s humanity.

Alicia’s work has long been a practice of centering Blackness for personal and political, cultural and systemic transformation. She is the founder of Echoing Ida which cultivates and uplifts Black women’s thought leadership to shift narratives, as evidenced by the growing collective of more than 30 writers, the publishing of over 500 articles, a podcast and an anthology of work to be published in Fall 2020. In the policy realm, she authored groundbreaking legislation to prohibit the shackling of pregnant people in California jails and prisons that has since been replicated across several states. She led the multi-state participatory research project that resulted in Who Pays: the True Cost of Incarceration on Families, which influenced a cultural shift in understanding the damage of incarceration on Black women and families. Alicia and her work have been featured in the New York Times and the Together Apart podcast, The Guardian, Ebony, and CNN among other places. She lives, mothers, and builds community in the revolutionary city of Oakland, California. 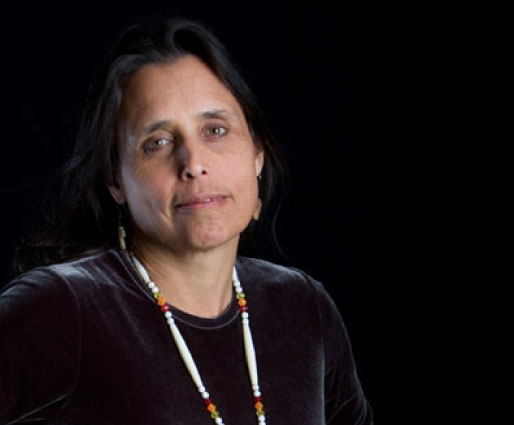 Winona LaDuke (Anishinaabe) is an internationally acclaimed author, orator, and activist that has devoted her life to protecting the lands and lifeways of Native communities. She works nationally and internationally on issues of  Sustainable Development, Climate Change, and Environmental Justice. Winona is the founder and Co-Director of Honor the Earth, a national advocacy group encouraging public support and funding for native environmental groups.

In her own community in northern Minnesota, she is the founder of the White Earth Land Recovery Project, one of the largest reservation-based non-profit organizations in the country, and a leader on the issues of culturally-based sustainable development strategies, renewable energy, and food systems. 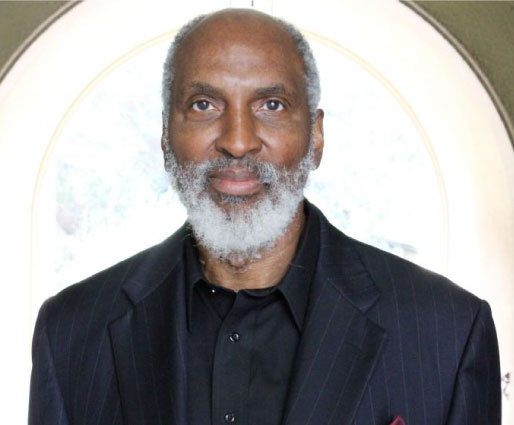 john a. powell is an internationally recognized expert in the areas of civil rights, civil liberties, structural racism, housing, poverty, and democracy. He is the Director of the Othering & Belonging Institute at the University of California, Berkeley, a research institute that brings together scholars, community advocates, communicators, and policymakers to identify and eliminate the barriers to an inclusive, just, and sustainable society and to create transformative change toward a more equitable world.

In addition to being a Professor of Law and Professor of African American Studies and Ethnic Studies at the University of California, Berkeley, Professor powell holds the Robert D. Haas Chancellor’s Chair in Equity and Inclusion. He has written extensively on a number of issues including structural racism, racial justice, concentrated poverty, opportunity-based housing, voting rights, affirmative action in the United States, South Africa and Brazil, racial and ethnic identity, spirituality and social justice, and the needs of citizens in a democratic society. He is the author of several books, including his most recent work, Racing to Justice: Transforming our Concepts of Self and Other to Build an Inclusive Society. 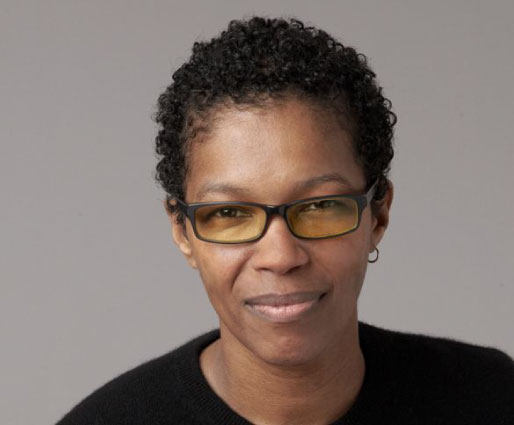 Called “the most intriguing African-American Buddhist” by Library Journal, angel Kyodo williams is an author, activist, master trainer, and founder of Transformative Change. She has been bridging the worlds of transformation and justice since her critically acclaimed book, Being Black: Zen and the Art of Living With Fearlessness and Grace was hailed as “an act of love” by Pulitzer Prize winner Alice Walker, and “a classic” by Buddhist pioneer Jack Kornfield. Her newest work, Radical Dharma: Talking Race, Love & Liberation, is igniting communities to have the long-overdue conversations necessary to become more awake and aware of what hinders the liberation of self and society.

Rev. angel was the second black woman to become a Zen “Sensei” or teacher, and applies wisdom teachings and embodied practice to intractable social issues.

She is a leading voice for Transformative Social Change, and in recognition of her work, she received the first Creating Enlightened Society Award from Shambhala International.

Her work has been widely covered, including in The New York Times, Boston Globe, Ms., and Essence.

angel notes, “Love and Justice are not two. Without inner change, there can be no outer change. Without collective change, no change matters.” She was made for these times. 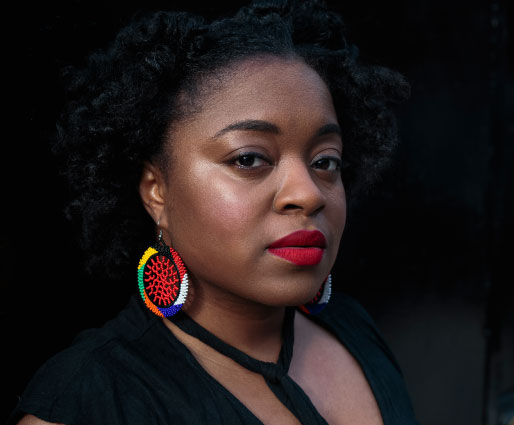 Charlene A. Carruthers is a Black, queer feminist community organizer and writer with over 15 years of experience in racial justice, feminist, and youth leadership development movement work. As the founding national director of BYP100 (Black Youth Project 100), she has worked alongside hundreds of young Black activists to build a national base of activist member-led organization of Black 18-35-year-olds dedicated to creating justice and freedom for all Black people. Her passion for developing young leaders to build capacity within marginalized communities has led her to work on immigrant rights, economic justice, and civil rights campaigns nationwide. She has led grassroots and digital strategy campaigns for national organizations including the Center for Community Change, the Women’s Media Center, ColorOfChange.org and National People’s Action, as well as being a member of a historic delegation of young activists in Palestine in 2015 to build solidarity between Black and Palestinian liberation movements.

Charlene is the founder and executive director of the Chicago Center for Leadership and Transformation, a locally rooted and nationally connected learning community for political education, grassroots organizing, language, and strategic communications capacity building. Her work has been covered in several publications including the New York Times, the Washington Post, Chicago Reader, The Nation, Ebony, and Essence Magazines. She has appeared on CNN, Democracy Now!, BBC and MSNBC. Charlene has also written for theRoot.com, CRISIS Magazine, Teen Vogue, Truthout, Colorlines, and the Boston Review. She is recognized as one of the top 10 most influential African Americans by The Root 100, one of Ebony Magazine’s “Woke 100,” an Emerging Power Player in Chicago Magazine, and is the 2017 recipient of the YWCA’s Dr. Dorothy I. Height Award.

Charlene was born and raised on the South Side of Chicago where she currently resides and continues to lead and partake in social justice movements. Her inspirations include a range of Black women, including her mother, Ella Baker, Cathy Cohen, Marsha P. Johnson, and Barbara Ransby. In her free time, Charlene loves to cook and believes the best way to learn about people is through their food.

Charlene is author of the bestselling book, Unapologetic: A Black, Queer and Feminist Mandate for Radical Movements (Beacon Press).

This year’s Summit will offer online community spaces for Summit participants to deepen their learning, practice, and action within a deliberate race-based affinity group and/or a chosen area of work or field of practice. These spaces will be offered at designated time blocks on October 1st. as well as count with access to our Sutra online platform for support and communication. Participants will be asked to sign up for up to two of these spaces by completing a survey via email in the following days after registration. 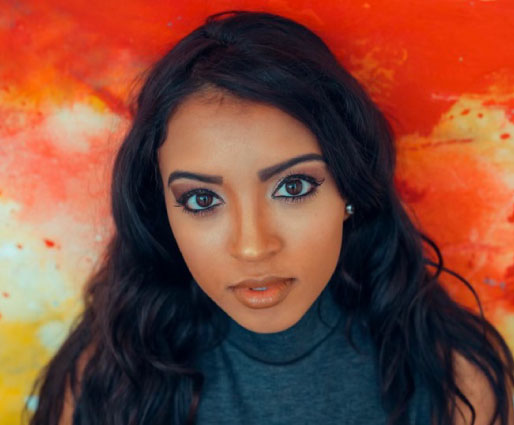 Brooklyn Doby was born here in Madison, Wisconsin. She is a painter, muralist, art therapist, and model passionate about the role of art in movements for liberation. As a young Black artist, she is committed to advocating for racial justice and was recently selected amongst the young artists invited to participate in the Mural Project on State Street. In her own words, the most impactful aspect of art is that it can be shared amongst others-both as a product and a process. In her life story, she sees how art has been her voice when she lost words and more importantly how art guided her in recognizing her gifts and passion for uplifting, healing, and spreading positive depictions of the Black community.

Sponsoring a YWCA event or initiative is a wonderful way to support our mission of eliminating racism and empowering women. We offer many opportunities for sponsorship throughout the year, including the Women of Distinction and our Racial Justice Summit and Circle our signature fundraiser.

For any questions about sponsorship, contact our Development Director, Jill Pfeiffer via email or give us a call at (608) 257-1436, option 2.

Our Development team is standing by to answer any questions you may have about the donation process or ways to give. Contact us via email or give us a call at (608) 257-1436, option 3.